It should be noted that Illinois has more Catholic-sponsored, health-related organizations than any other state.

The current ICHA is the result of an effort to revitalize the organization following a series of meetings, called New Covenant, which occurred in 1995 and 1996. Many years before ICHA began as an association of hospitals and church leaders with documents dating from 1951. The current association was incorporated as the Illinois Catholic Hospital Association, an Illinois not for profit corporation in July, 1973, with the following seven goals: 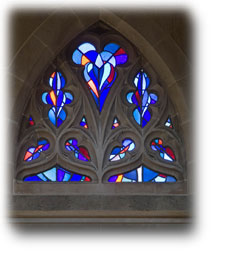 Coordination with Catholic Conference of Illinois

In January 1982 the name of the organization was changed to the Illinois Catholic Health Association, although membership continued to be hospital focused. Records show that ICHA has always worked closely with the Catholic Conference of Illinois when dealing with issues in the state legislature. During the 1980’s the Catholic Conference assembled a Health Affairs Committee that met regularly with ICHA to develop legislative positions for both organizations.

Also during the 1980’s, ICHA came to the decision that it would no longer employ staff, but rather that the board would continue to meet and coordinate communications with the members and with the Illinois Hospital Association on legislative matters under consideration in Springfield, and with the Catholic Conference and the bishops on matters important to the Catholic Church. During the early and mid 1990’s, the President of the ICHA would report regularly to the CCI board on all matters involving Catholic hospitals. It was during this time that the board of ICHA began to function as the Department of Health Affairs for CCI. From the Annual Report dated October 16, 1990, the president of ICHA reported:

At the December 9, 1988 meeting, Father Michael Place, a guest, discussed the issue of nutrition and hydration with the Board. Board decided that the Boards of the Illinois Federation for Right to Life and the Respect Life office should meet together to discuss this issue. Staff from CHA in Washington, D.C. was invited to discuss the Social Accountability Budget with ICHA Board. CHA wished to conduct several case studies. The Board decided the Association should participate in this study. Workshops would be set up. Results were presented at the meeting.”

Beginning with the national New Covenant meeting in October 1995 and following a state-wide New Covenant meeting in February 1996, an Ad Hoc task force was organized to look into revitalizing the Illinois Catholic Health Association. Discussions continued among religious sponsors, bishops, systems and other Catholic healthcare leaders regarding a possible state association. In late 1997, agreements were reached and new bylaws were submitted to the state to form the revitalized Illinois Catholic Health Association under its current structure.

A search began to find an executive director which resulted in the hiring an individual for this position in June 1998. The association at this time had a board comprised of the six diocesan bishops in Illinois, a representative from Catholic Charities and leaders from twelve religious congregations. Membership was limited to sponsors, bishops and Catholic Charities.

The revitalized ICHA had the following characteristics:

A staff of 1 ½ was employed to carry out the work of the association.

Shortly after the arrival of the executive director, efforts were undertaken to bring systems, hospitals and nursing homes more directly into the association. While the general goals and directions continued, the membership transitioned to include the institutions providing services. In 2002, the bylaws were changed to specifically recognize provider organizations as members, while retaining a special status of membership for bishops and religious congregations. The board was redefined to bring representatives of the bishops and the congregations together with leaders of hospitals, nursing homes and charities. Shortly thereafter, the burden of the dues began to shift away from one rate for various sponsors to a dues structure that placed greater emphasis on the number and size of the operating entities. Today the association has the following characteristics:

Membership exists in categories:one for bishops and sponsors, another for licensed provider organizations, and a third for other interested health related organizations,

Dues are determined based on size of the operating entity, with discounts for multiple related organizations (i.e. systems),

Over 95% of Catholic Institutions Are Members

Today, the association includes over 95 % of the Catholic institutions, along with 26 of the 31 religious congregations sponsoring health services, and all six bishops together with their Catholic Charities organizations.

Links To Our Partners